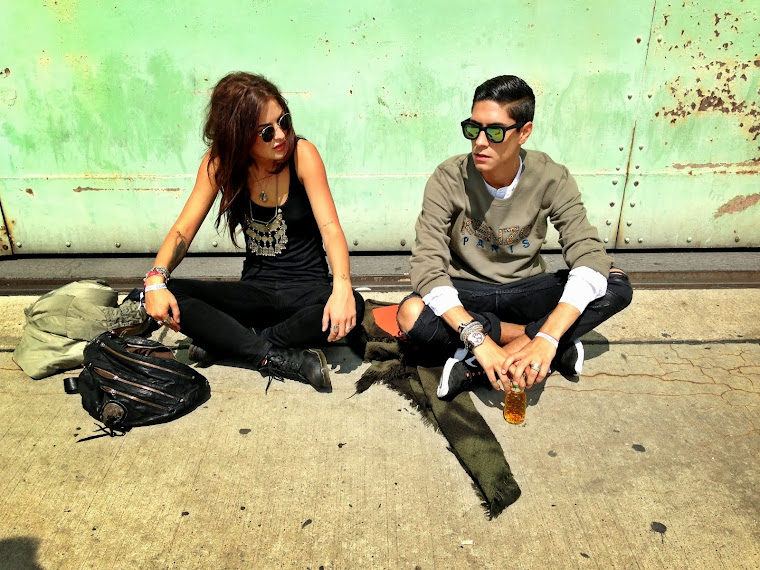 My persuasion can build a nation, endless power our love we can devour. Who run the world? We! Nike's 'Romance of Running' is a party. It's a celebration of running. I mean, what's more fun than running like a doe on your favourite music, in your most stylish sportswear and sharing this directly with your friends all over the world? I know, almost nothing. So there we go: Game On World, Romance of Running and Run Mokum. Say what? Don't freak out. Read this sporty-spice post carefully and become part of the Nike+ world. Gee, this sound so much fun! 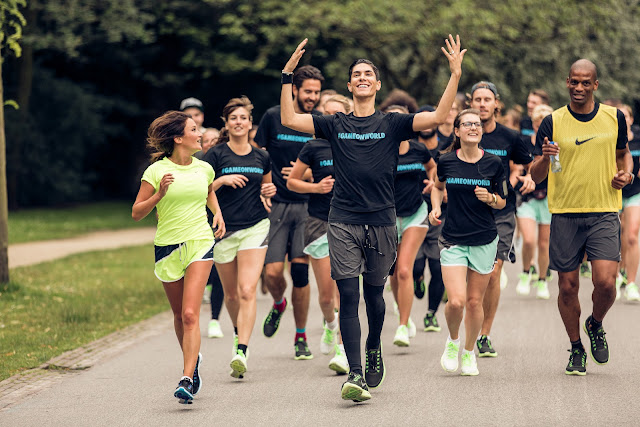 Game on World is Nike+'s campaign centered around their renewed app. Once it all started with a chip in your running shoes, but with the renewed app the chip has left the building (or in this case: sneaker). Just simply start the app, run and do your thing. Nike+'s app is awesome: it motivates, records your run and it also ensures you to do your utmost during your run. Besides the fact you can share your run on social media, you can also get the best out of yourself by comparing your results with those of others. Can you already feel that battle-kinda-thing coming through? I just love it. 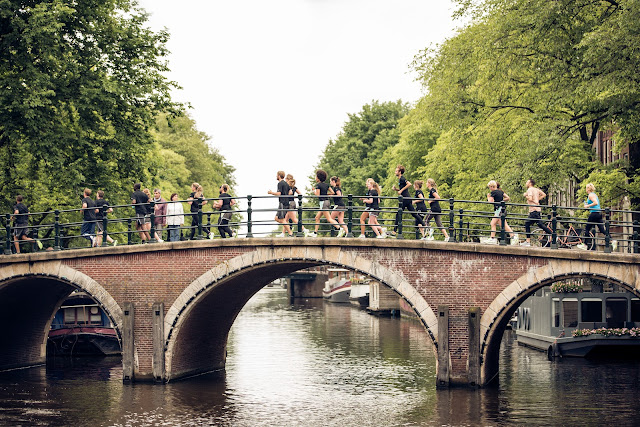 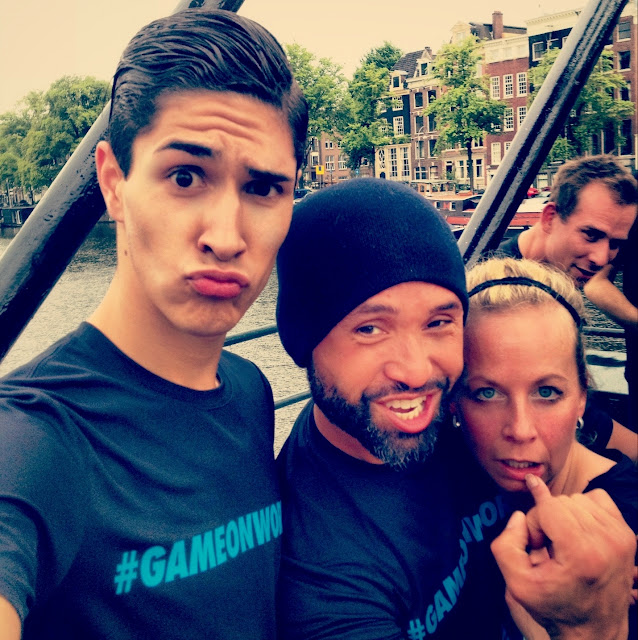 The Romance of Running is part of this new Game On World campaign and to demonstrate the running's romance they took five Dutch celebs aka influencers who love to run: Arie Boomsma, Pepijn Lanen, The Flexican, MC Melodee en Saar Koningsberger. Apart from each other they sorted out their very own route. All routes are in Amsterdam, tell their own story and talk about favourite places in Amsterdam. Think of one's first home, the first spot they went partying, favourite park spots, favourite terraces and more. I did my thing at two of these running romances. One with one of my favourite DJ's The Flexican and one with the adorable, bubbly and energetic presenter Saar Koningsberger. Especially the last one was lots of fun. Saar showed us her definition of Amsterdam while running around town with a bunch of guys and dolls. 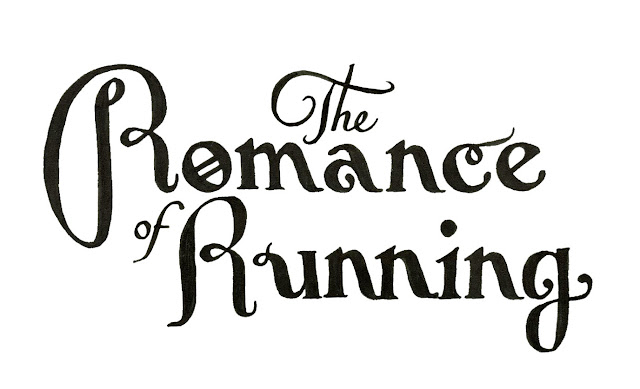 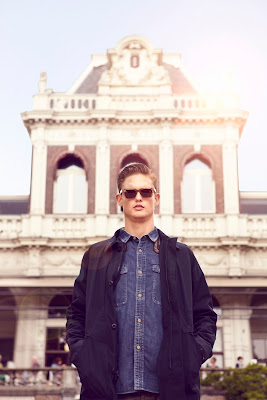 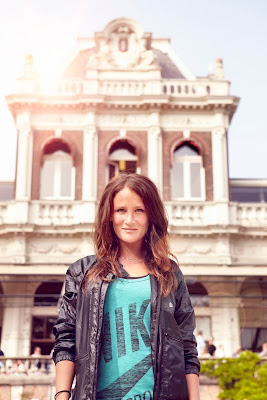 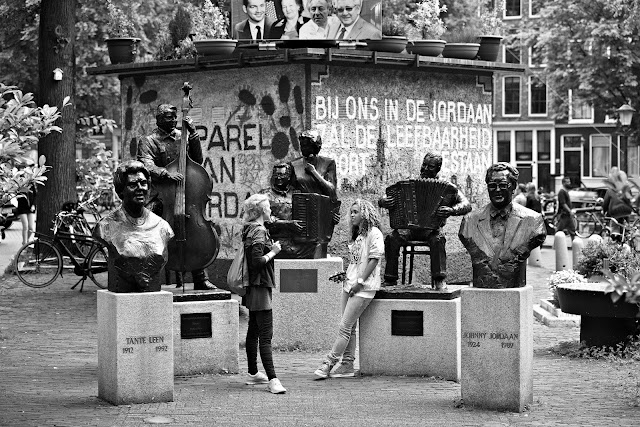 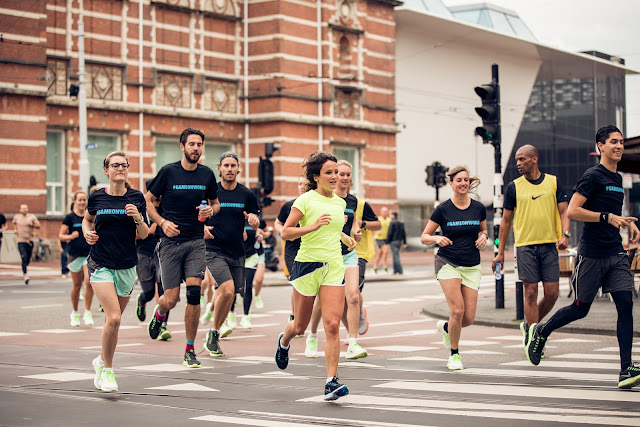 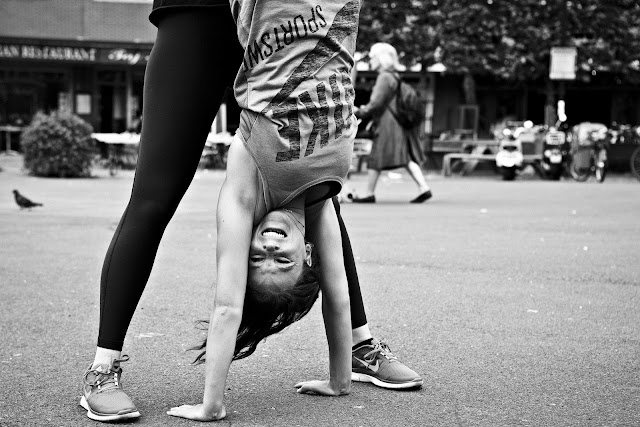 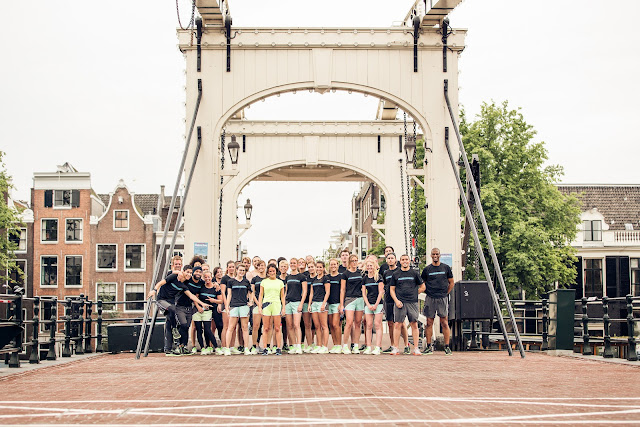 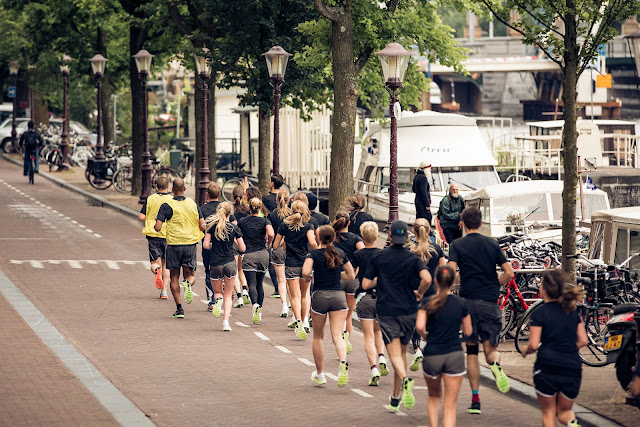 Of course we must do all of this in style. You've got swag? We've got more! At all runs Nike provided its romantic runners with panache outfits from head to toe including the brand's new LunarGlide 4+ running shoes. Always good for the picture and lovely for its runners. A big thanks to Nike for the panache outfits! 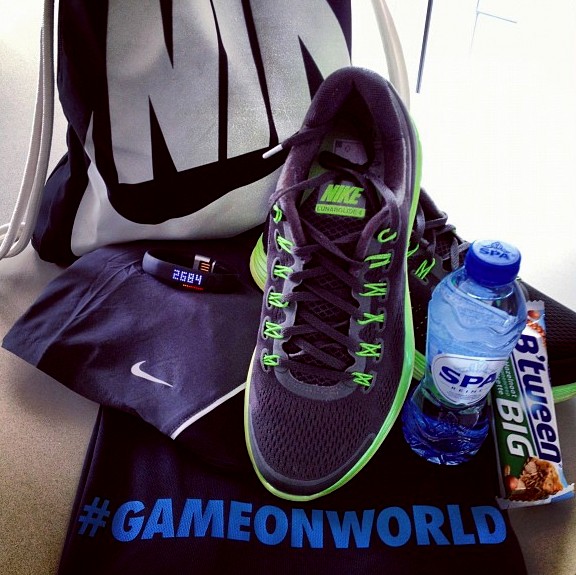 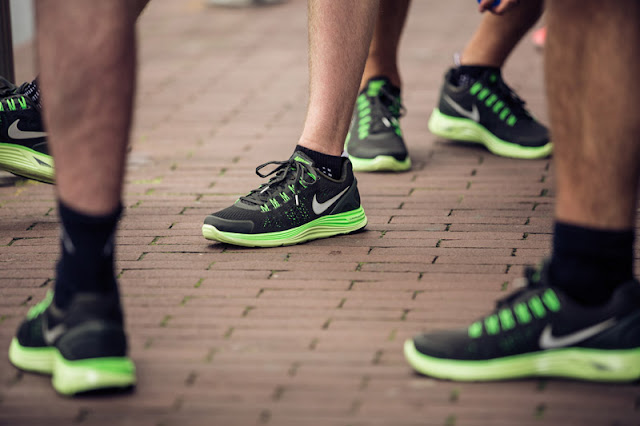 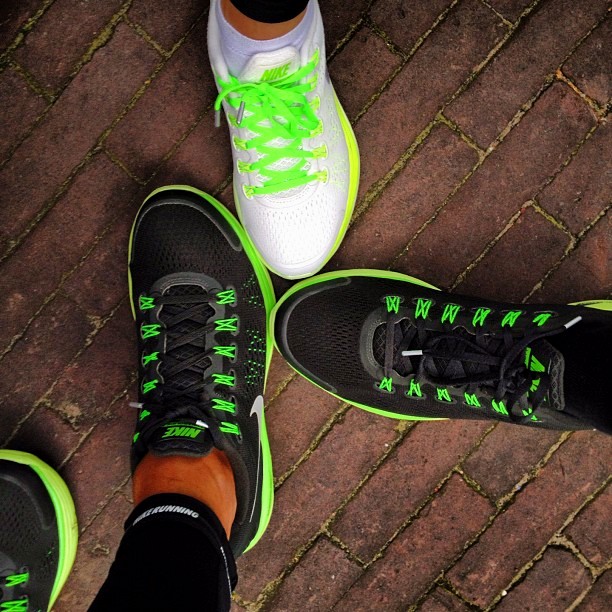 Run Mokum is also a part of Nike+'s Game On World. All through Amsterdam you will find big blue pillars, where you can take your own pics, upload them and hashtag your photo with #RUNMOKUM. The ones with the coolest picture per pillar will get his/her own pillar with elan photo for one week. How awesome is that? Game on to that photo and snapshot yourself while running. 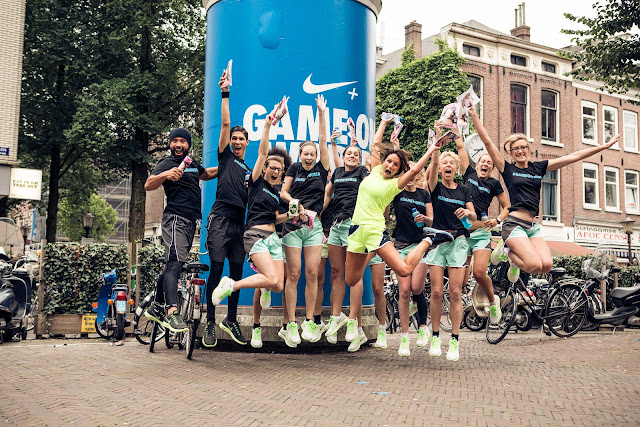 Last but definitely not least there was a par-té. A black tie kinda one. Sorry? Nike and black tie? Yes, and I'm lovin' it! The party was held at the balcony of Pavilion Vondelpark and was there to celebrate Nike+'s new app and to open the Romance of Running Expo. An exhibition with beautiful art-pieces made by Dutch artists Bonne Reijn, Job Wouters, Jonas Lund, Cata Pirata and Pinar & Viola. All art-pieces are inspired by the five Romance of Running-stories of the influencers who ran their route. Pieces of art you have to see, feel and hear yourself varying from a musical-heart-beat-treadmill to a huge box with coloured lights and park sounds and music. The exhibition is at Amsterdam's most beautiful park, the Vondelpark. To be precise at the Vondelpark Pavilion (the old Filmmuseum) from the 28th of July till the 24th of August. Definitely worth the visit! 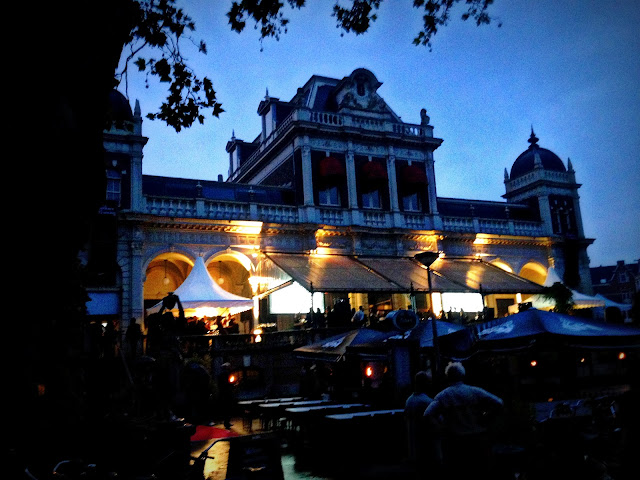 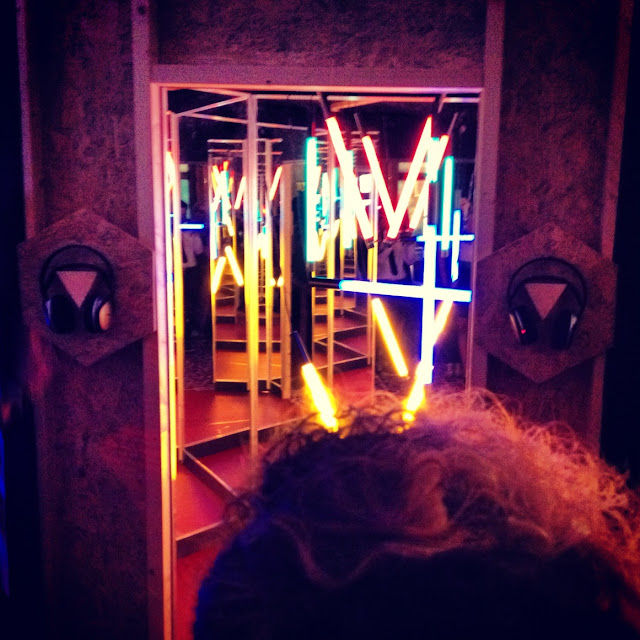 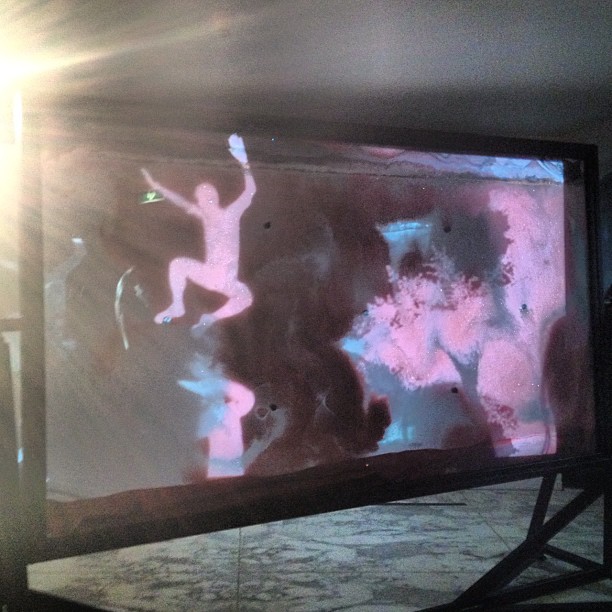 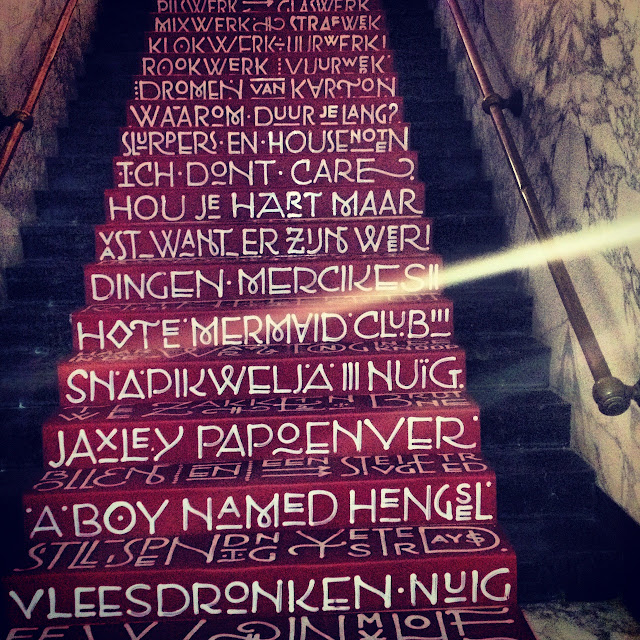 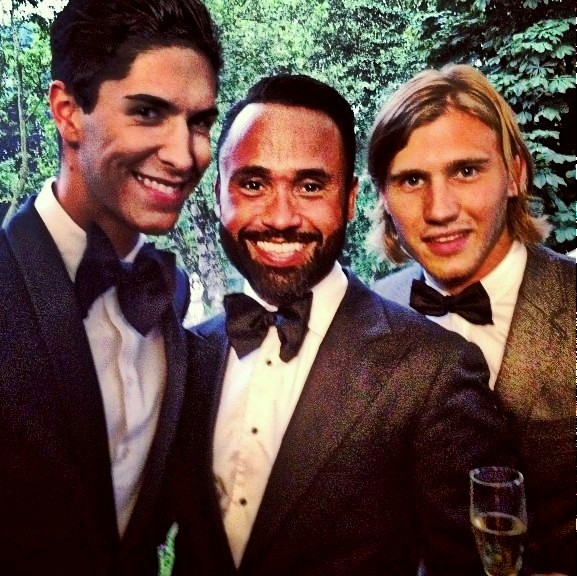 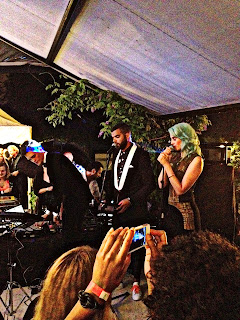 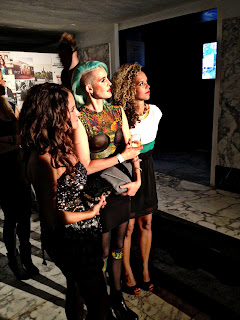 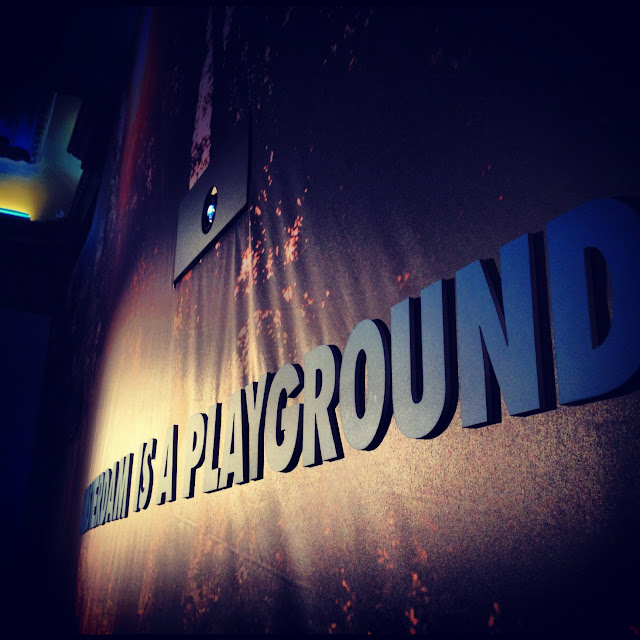 Nike knows how to do it good and makes running more than only working out. They know how to make it a game, how to get the best out of yourself and how to link a story to your very own romantic running route. I'm a big, bigger, biggest fan of this campaign and hopefully they will spread this lovely thing all around the globe. Find greatness and GAME ON WORLD! 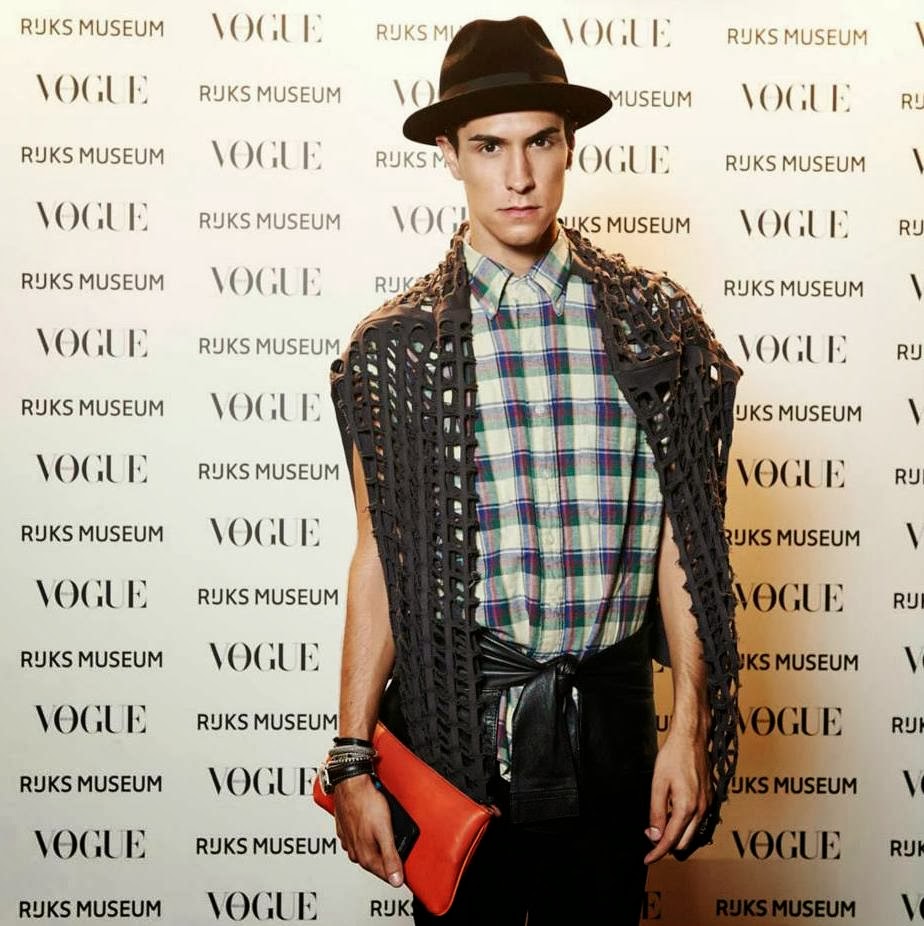